Day 47 - Voted for Haryana Govt & Exercise as per Challenge

October 23, 2019
On the 47th Day of my challenge of 100 Days of Fitness I was at my home in my native village. As I told you 46th day that votes for assembly elections are scheduled today in Haryana. I came from Delhi to village just to cast my vote and exercise the privilege to elect the govt of my choice. I don't know whether the candidate to whom I have voted for will won and sit in the Haryana Assembly for next five years or not or the party for which I voted will be in power in Haryana but I have exercised my right to vote in the Haryana.

In addition to voting, I have also spent more than half an hour in exercise. There were two parts of my exercise on 47th day of challenge. I exercised in the morning for about 20 minutes and after casting my vote I had to return back to Delhi. So I traveled back to Delhi and I was back at Delhi home by 8 PM. After reaching Delhi I engaged myself in exercise and workout as I was not satisfied with the morning exercise. I worked on my body for more than 30 minutes in the evening which was in addition to the morning exercises.

Popular posts from this blog

Day 51 to 55 of HDC for Better Fitness and Health 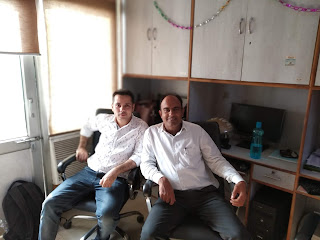 I have been doing my daily exercise of half an hour as per my commitment to self to reduce weight, get leaner and acquire muscle mass. Generally I try to write about the daily exercise activity but in these 5 days I have been bit busy and moving from here and there during the festival time i.e. one of the biggest Indian Festival Diwali. Though I was having vacations but even then I was not able to write down about the exercises I was doing. Even today I was thinking that whether I would be able to write about the daily routine or not but somehow I managed to sit on my computer system and do the same now. I have been able to manage engage myself in half an hour physical activities. If I manage to go out of home and reach the park then I try to run for 30 minutes or more is not so then at home I try to do cardio and weight training. I do not have many options with weights but whatever I have I try my best to utilize that and improve my body strength.
I was not able to write about the …
Read more 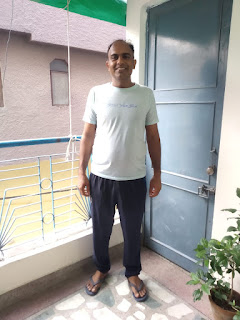 I was thinking from many years that I will have to improve my body fitness. I tried many times to stick to regular exercise regime but I failed many times even after starting a workout plan. I opted for running as well as join a gym but just after few days I failed and could not accomplish this goal of better health and better fitness.
Now with new vigour and energy once again I am on a new journey for better health and lifestyle. Earlier I use to think that I will attain my fitness goal with in few months and then it will go on like that. This time I have changed  my life style and I am going to follow "half an hour" exercise everyday. This may include jogging, running or any other exercise of body for at least half an hour daily.  I am taking this challenge for next 100 days and I will be uploading my photographs and videos everyday related to my journey towards fitness. I will also try to have healthy diet along with regular exercise. #100DayChallenge #100DayFitness #100…
Read more 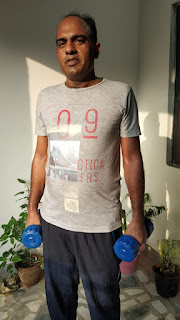 Though I started to exercise few days back on regular basis but from today I am starting my 100 Day Challenge of fitness. In next 100 days I will be exercising everyday for "atleast half an hour". There is no ceiling on exercising more than 30 minutes a day if possible I can go for an hour or more exercise too. In my first 100 day challenge I have not taken specific exercises. As per my convenience I can run, work on my own, go to a gym etc but major focus of my challenge will be mainly on jogging. If I am unable to go for running then I may also invest my half an hour time in other physical activities.
I wanted to share with you all that currently my weight is 72.5 kg. My belly is bulging out so reducing weight and circumference of my belly are among the top priorities. Let us see, where we will land up through this journey for betterment of my health and fitness. My first day of 100 day challenge for better health, fitness and stamina.